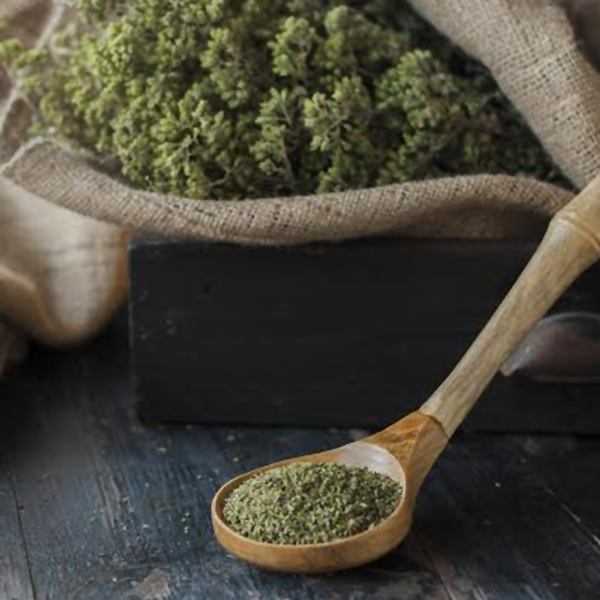 It smells of Greek land. A land blessed with fertile soil. With hands that care and add their own touch of love to a dish made with passionate work. We selectively collected hand-picked blooming tops, and leaves. Greek oregano. With a royal aroma from Althea.

Oregano is a fragrant, multi-annual, native and shrubby herb of the Mediterranean and Central Asia. The hirtum (heracleoticum) is the Greek oregano, which is indigenous to almost all of the country and is considered to be the world’s best quality oregano due to its strong aroma and its high content of essential oil with a high content of carvacrol, its main pharmaceutical substance.

In cooking it is a basic seasoning of the Mediterranean countries and a key ingredient of Greek and Italian cuisine. It can be used almost in all foods and salads to give them a rich flavor and aroma.